How to be a Smarter Marketer. Getting from “I think I know” to “I know I know.” 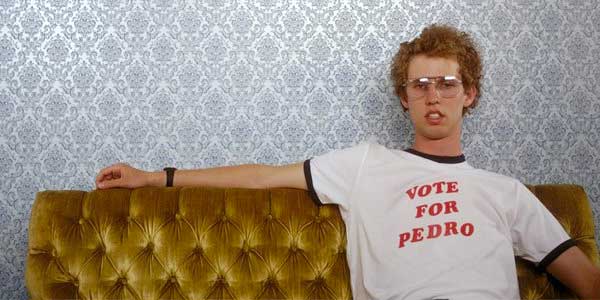 Got data? We sure do. We’re up to our eyeballs in it!

We all try and make smart, data-driven decisions. Oftentimes, however, our marketing decisions are based on partial data, incomplete data, or emotions—leading to poor decisions even when we think we’re being strategic.

Here are four ways to prevent this data-disconnect from happening.

So, maybe this sounds familiar: You hear something from a colleague or read something about a current data trend in, say, retargeting (or remarketing, as Google calls it—same thing). Maybe you’re really busy so you accept what you’ve read or heard as fact before verifying what others are saying about it. You haven’t researched best practices or other data sources but you still feel free to speak and take positions, thinking you understand something about retargeting when maybe you don’t.

It’s the think-you-know versus know-you-know conundrum and it’s all too prevalent when it comes to our understanding of data.

Maybe you feel you’re spending too much on retargeting. Or maybe you feel Google is the only winner in an equation where you invest in Google Ads and then have to buy another product to prevent competitors from pirating your ads. Not to mention the effect of ad blocking on the view-ability and click-through rates of your ads, further exacerbating the situation.

Based on this impartial data picture you may choose to bail on display ads and retargeting altogether. You’re have a choice: You can throw the baby out with the bathwater or you can dig deeper into the data where you might have learned that standard display Ad CTR comes in between .05 – 0.1%, or around 0.17% across all ad formats and placements. That’s less than 2-clicks-per-1000 impressions, illustrating the general challenge of driving response from online ads. (1)

Next, instead of acting on emotion, you might have discovered other data demonstrating that retargeting campaigns can double the .05 – 0.1% CTR Ad average to an average .2% CTR. Not to mention conversion rates, where a 2% conversion range on typical CTR campaigns would be compared to typical conversion rates of 20% or, not uncommonly, between 30% and 50% for retargeted traffic. (2)

Indeed, you might have felt less stuck after learning about the judicious and dynamically-creative ways you can use retargeting, including frequency caps: Instead of retargeted ads that follow your customers/prospects around for 30 days blindly, you can limit the frequency of how often the ads appear. Or, you can sink the conversion pixel with the user ids of your customers and prospects and serve up a different ad each time they take an action off of a retargeted ad. In this way, ads with different content or different products or service can appear to customers you’re trying to upsell or cross-sell.

You also have the option of blacklisting, where we limit our retargeted ads to 15 high priority websites rather than every inane site on the Internet. Not to mention the ability to create custom audiences for better targeting, lookalike audiences, which allow you to create a new audience based on your previously-chosen custom audience demographics, and saved audiences, which lets you create an audience based on Facebook targeting—a process that’s similar to setting up a Facebook Ad.

2. Put Your Own Customer Data To Work

Your own customer data can be one of the richest sources of data-driven decision-making. I receive customer data from my clients that’s used to help  determine how much they should spend on advertising, and in which channel — print, radio, outdoor ad, and inbound. Often times a client will  share common data points with us like their net promoter score, or NPS. NPS is the One Number You Need to Grow, according to a recent Harvard Business Review (HBR) article. The NPS is a loyalty measure that can be as low as −100 (everybody is a detractor) to as high as +100 (everybody is a promoter, and would be comfortable recommending your company to a friend). HBR ranked this would-recommend customer loyalty question as one of the most important drivers of growth, where a company’s loyal customers become, in effect, its marketing department. (3)

As I’ve said, people don’t always listen to what the data is saying.

Another recent HBR article compares the role of big data in good decision-making to more intuitive analytics, where data-driven companies are going beyond what the data says and asking how was the data arrived at? In a similar way, we can ask our customers why they buy our products so we can understand what we do well. We may be able to arrive at a statistically significant data result sooner than we expected, simply by polling and surveying our customers on a regular basis. (4)

Take a look at your Social media spend, for example and ask yourself what you’re trying to achieve. One company I know was spending a lot of money on various ads, including a ton on Facebook, where they received a significant increase in engagement number of Page Likes for their Company page. Great, but sales and leads were not increasing. We re-allocated their marketing budget and they switched to spending half of their overall advertising expenditure on content marketing. They now boast of having marketing-qualified leads for their sales department—gleaned from the prospects who’ve taken calls to action on their site, and are able to interact with them through the decision-stage of their customer-buying journey.

That doesn’t mean social platforms like Facebook aren’t good for lead generation, quite the opposite. Good lead generation behavior on Facebook includes a clear call-to-action, such as the eBook download opportunity previously mentioned. Your Facebook posts may contain a short URL linking to a landing page with a form, or you may create tracking URLs on Facebook so you can measure the clicks and leads your content generates.

Facebook now has a permission-based marketing tool called Lead Ads that addresses the biggest advertising obstacle to capturing leads from mobile users; namely, most mobile users are averse to filling out forms using their smartphone, because it’s difficult to do. Now, with two clicks on Lead Ads, folks on mobile can opt-in to having their basic information sent to companies after filling out a smart-phone friendly form. For example, Land Rover used Lead Ads with a Request A Quote call-to-action box to make it easier to reach customers using mobile devices and Women’s’ fashion retailer, Stuart Weitzman used it to deploy a Sign Up call-to-action designed to collect emails from people interested in receiving updates about the company’s latest products and offers.

3. Dig Deeper Into Your Own Data

There are other ways to dig deeper into your own data to make smart data-driven decisions: Geotargeting data may reveal that 60% of the sales of a certain kitchen knife your company sells come from people living in Anchorage, Alaska. Or you may learn about common customer behavioral and lifestyle habits through psychographics and related studies that reveal your customers’ personalities, values, opinions, attitudes, and interests. Demographics, such as gender, age, income, marital status, explain who your buyer is, while psychographics explain why they buy.

These studies can supplement the feedback you’re already gathering from customer polling, allowing a fuller data picture to emerge. In short, mining commonalities from your own customer—data you already have—can bring you closer to a smart, intuitive, and analytical decision-making process that is sure to enhance your bottom line.